2012 | Mapping Cassava diseases in East Africa
This project presented the outcomes of the spatial distribution of cassava diseases in six countries in East Africa. It was part of the Great Lakes Cassava Initiative (GLCI) that aimed at providing disease-free cassava planting material to more than 1 million farmers in in Burundi, DR Congo, Kenya, Rwanda, Tanzania and Uganda. In total  1859 fields in 183 districts in 6 countries were surveyed in 2009, 2010 and 2011. GeoSpace combined and analysed the datasets and made maps of the relevant characteristics (e.g. disease severity, incidence, infection type, white-fly abundance, cassava varieties). A priority index was developed by combining the most damaging diseases (CMD and CBSD). The spread in time of the diseases was made clear with difference maps. The project revealed and confirmed expected spatial patterns in the major diseases. The project also emphasized the usefulness for standardizing sampling designs and properly geo-referencing samples so that distribution can be monitored in space and time. 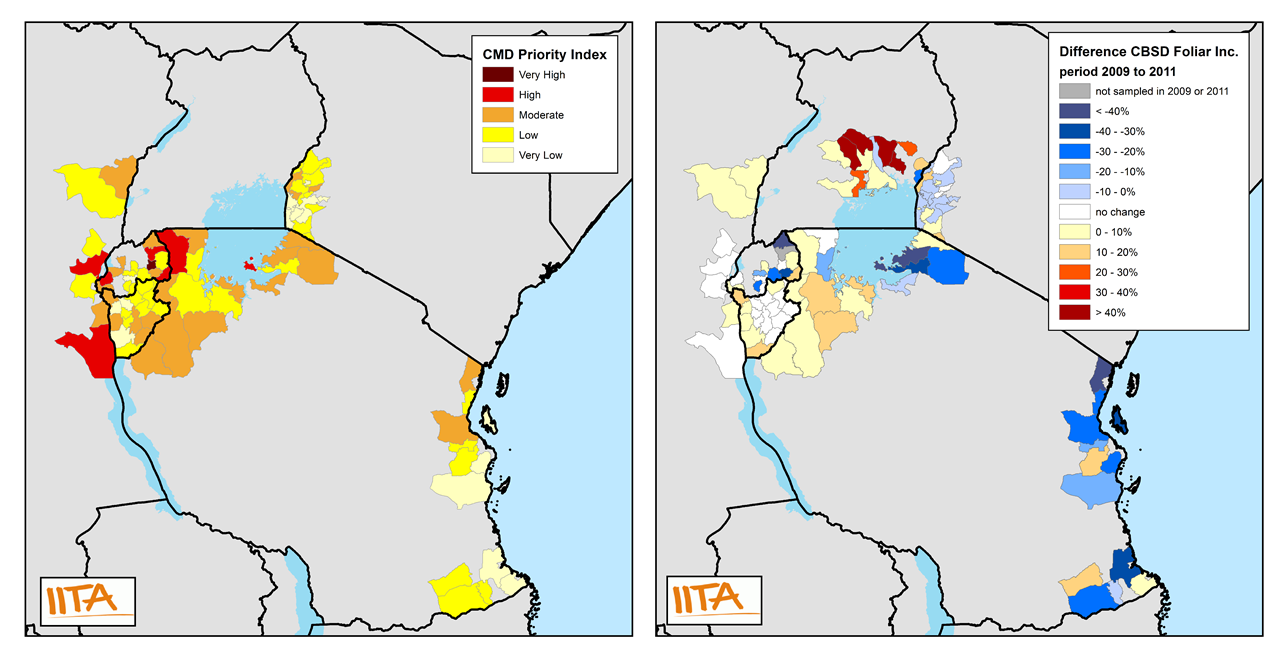